The two storey barn was built in 1864, as dated on some timber carving found during the rennovations.  This barn was initially a grain store of a crescent shape with two traditional large doors, where the horse and cart would arrive at the back door, unload their grain or hay into the barn and move out of the front door.  At a later date, the doors were removed and the barns were converted into horse stables facing the courtyard and grain store to the front.
WORLD WAR I
During World War I, it is thought that the single storey barns were built to house horses that were reared to be sent off to the war in France.  The estimated built date is 1910 to 1930.
WORLD WAR II
During World War II, the fields to the south of the site towards Colchester were used as an aerodrome by the American Air force.  Park Lane Farm (Business Centre) lies to the immediate right at the top of the northern runway.
Key Dates during WWII
BOXTED AIR FIELD MUSEUM 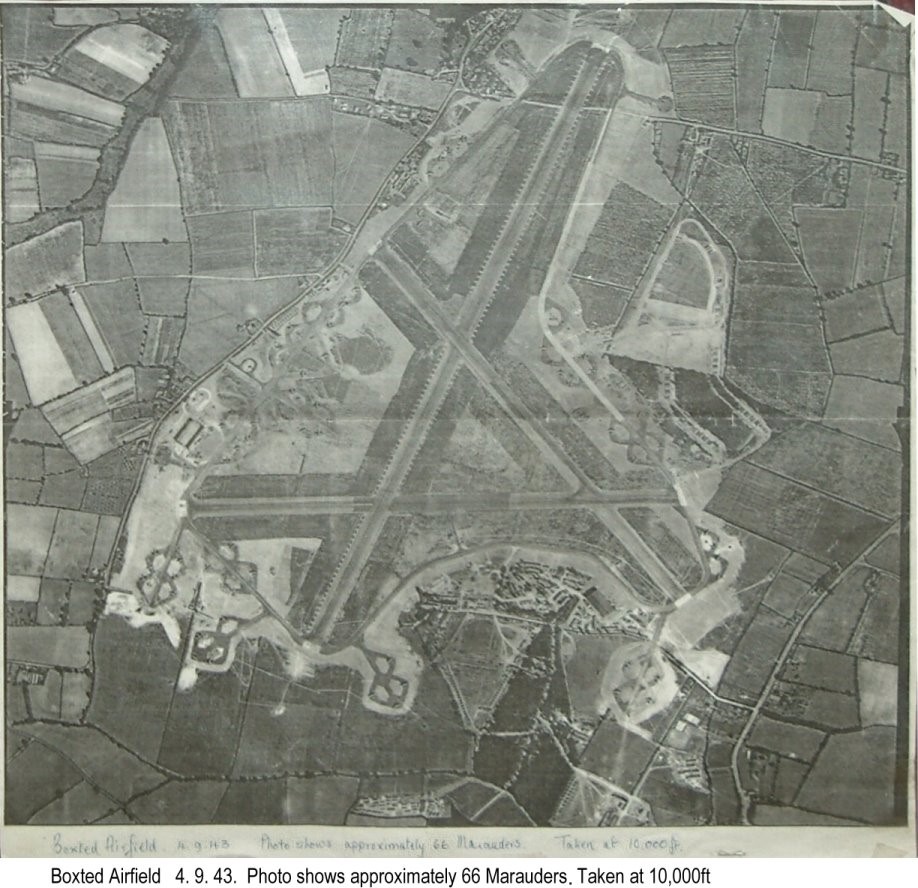 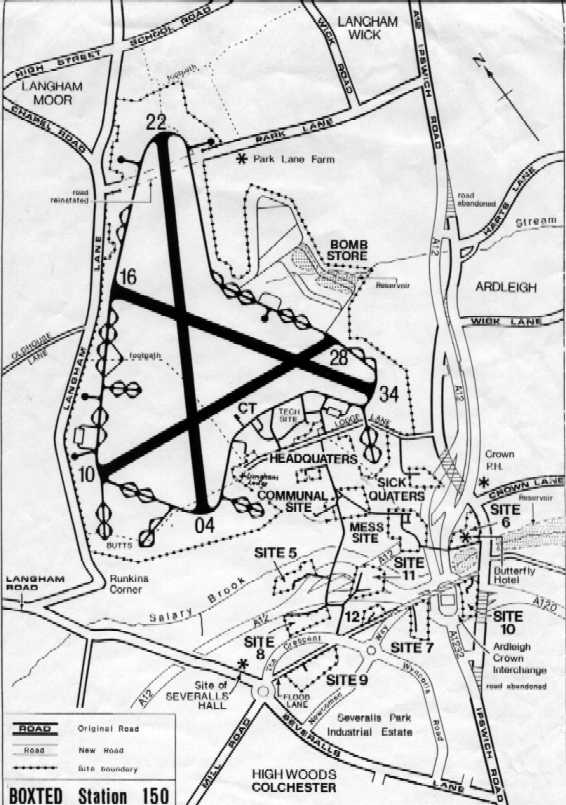 The 386th Bombardment Group (Medium) were stationed between June 1943 - Sept 1943.  The Group was equipped with B-26 Marauders, here seen climbing away from Boxted in the summer of 1943.

1937
In 1937, the barns were converted for use as a farmyard for fruit packing. Orchards can be seen planted around edge of the airfield. Unit 8 Rear doors were the 'goods-in', the packing hall was Unit 9.   Tractors were stored in Unit 11 and 7. Tools were stored in Units 2,3 and 4. Unit 1 was the toilet block and Unit 5 the mess room and farm office.
POST WAR
After the war the runways were reduced in width, with the concrete being crushed and used in the development of the A12. A five metre wide strip of  each runway remains today and is used occasionally for light aircraft. Orchards were planted and cropped from 1937 to 1999.    Latterly the airfield crops: Onions, Potatoes, Sugar Beet and Wheat.